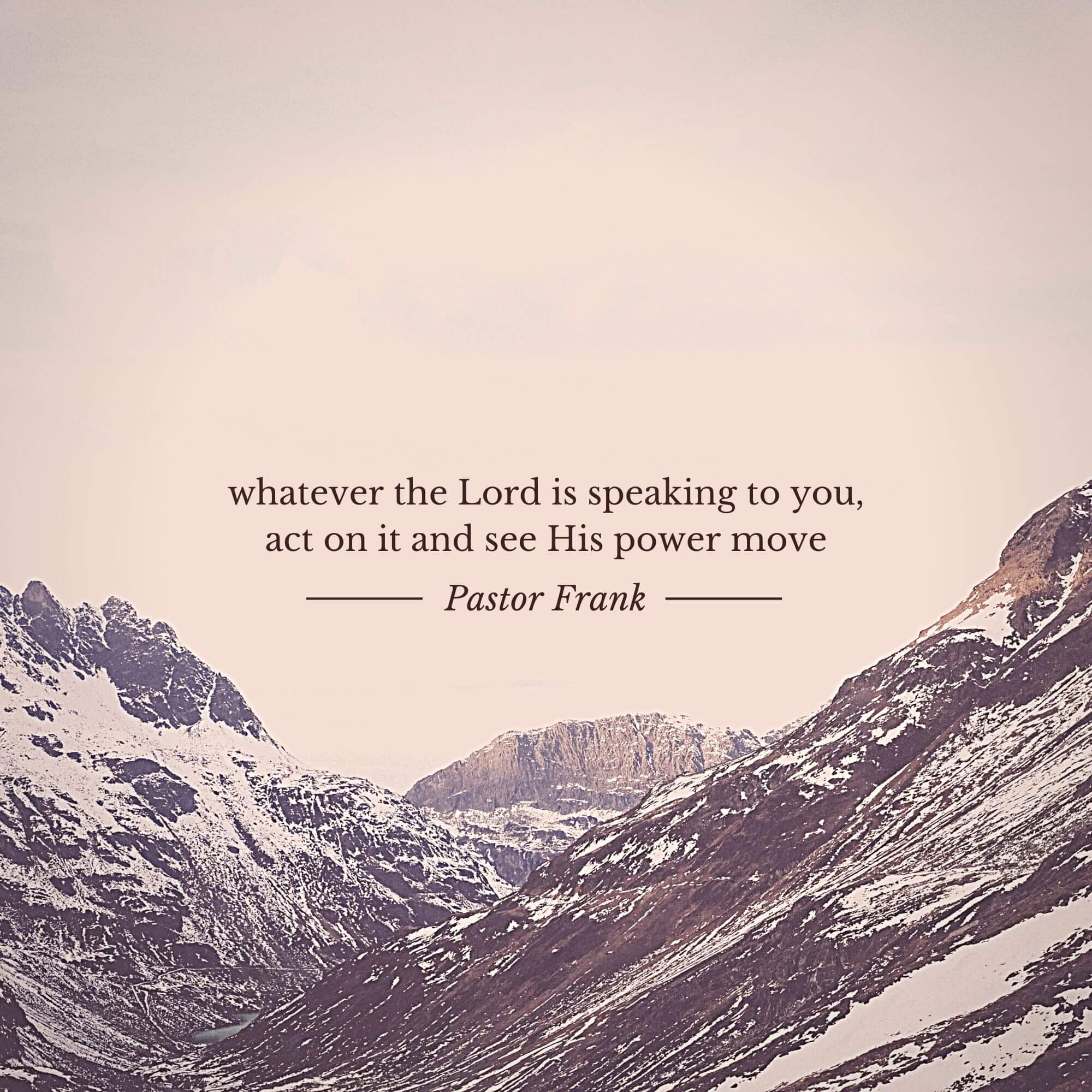 Saul to Paul (Part Three: Obedience)
Pastor Frank Aprea
Acts 9:13-20 NLT “But Lord,” exclaimed Ananias, “I’ve heard many people talk about the terrible things this man has done to the believers in Jerusalem! And he is authorized by the leading priests to arrest everyone who calls upon your name.” But the Lord said, “Go, for Saul is my chosen instrument to take my message to the Gentiles and to kings, as well as to the people of Israel. And I will show him how much he must suffer for my name’s sake.” So Ananias went and found Saul. He laid his hands on him and said, “Brother Saul, the Lord Jesus, who appeared to you on the road, has sent me so that you might regain your sight and be filled with the Holy Spirit.” Instantly something like scales fell from Saul’s eyes, and he regained his sight. Then he got up and was baptized. Afterward, he ate some food and regained his strength.

We are continuing to look at the conversion of Saul’s life, who became the Apostle Paul. Last week we talked about how hunger was the second key to spiritual transformation. Today we will look at the last key, and that is obedience. Here we see both Ananias and Saul have put themselves in a place to hear from God. The Lord tells Ananias to go pray for Saul to receive his sight, but Ananias was afraid to do what the Lord was asking because he had heard about the terrible things Saul was doing to believers. Sometimes when you finally get to a place where you hear God speak, it can be scary because the things he may be asking you to do may seem impossible. But to Ananias’s credit, he obeyed God, and because of this, Saul’s eyesight was restored. You may have never heard of Ananias before, but we all have heard of the great Apostle Paul. It was Ananias’s obedience that enabled the Lord to work through him to minister to Saul.

When the Lord touched Saul and filled him with the Holy Spirit, Saul rose up in obedience to accept God’s missionary call, and because of that, God worked through Paul mightily to proclaim Jesus to the world. As you spend time in God’s presence, what is He speaking to you? Maybe it might seem impossible but remember, if He is leading you to change something or do something, you don’t do it alone; God will be working with you and in you to do it. So whatever the Lord is speaking to you, act on it and see His power move.

Prayer: Heavenly Father, as I spend time in Your presence and You begin to speak things into my life to help me grow and advance Your Kingdom, I choose to walk in obedience and do it. Even if it seems overwhelming and impossible, I know I can do it because You will be with me and in me, enabling me to do it. Thank you! In Jesus’ name, Amen.