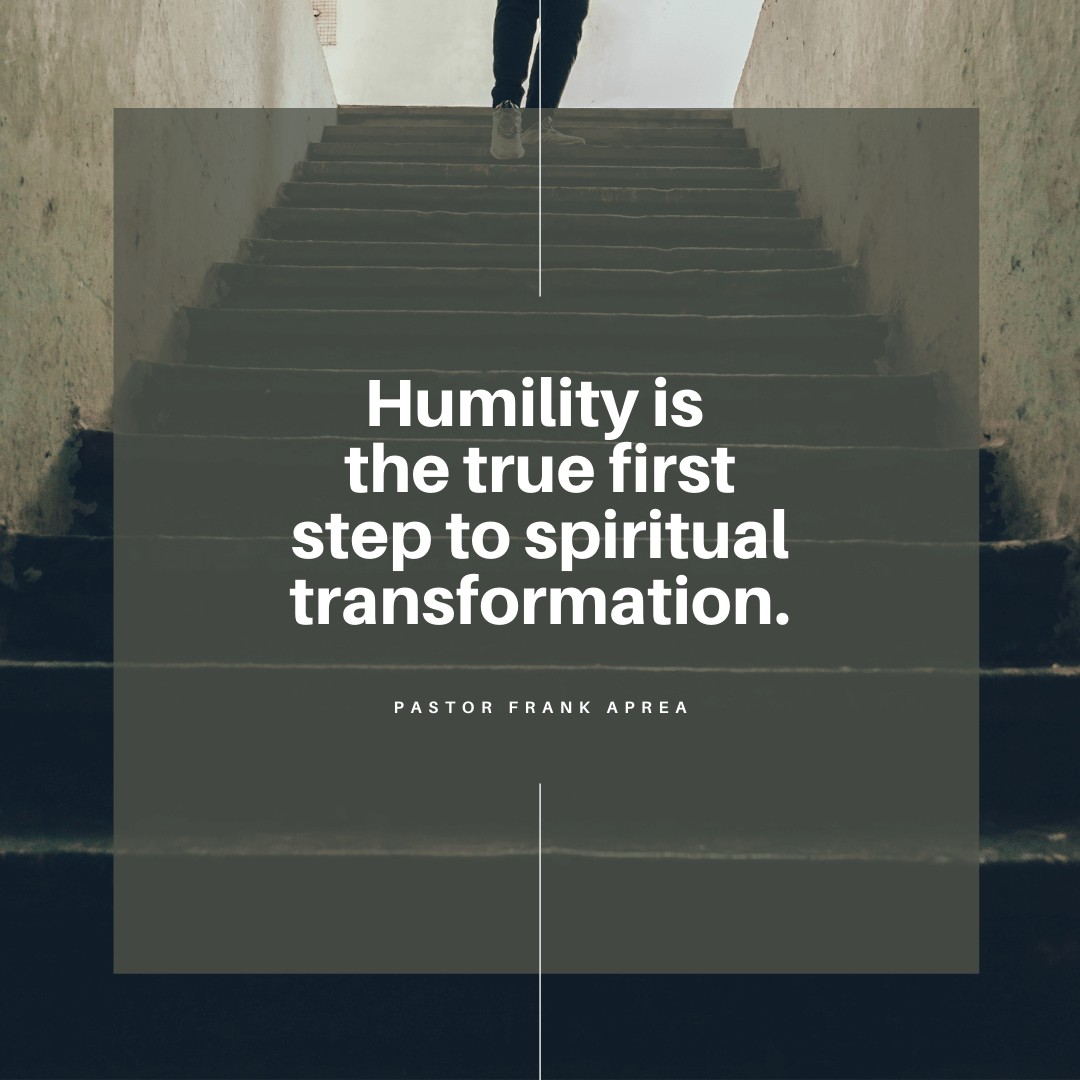 Saul to Paul (Part One – Humility)
Pastor Frank Aprea
Acts 9:1-6 NLT Meanwhile, Saul was uttering threats with every breath and was eager to kill the Lord's followers. So he went to the high priest. He requested letters addressed to the synagogues in Damascus, asking for their cooperation in the arrest of any followers of the Way he found there. He wanted to bring them—both men and women—back to Jerusalem in chains. As he was approaching Damascus on this mission, a light from heaven suddenly shone down around him. He fell to the ground and heard a voice saying to him, "Saul! Saul! Why are you persecuting me?" "Who are you, lord?" Saul asked. And the voice replied, "I am Jesus, the one you are persecuting! Now get up and go into the city, and you will be told what you must do."

Our theme this year for our 21 days of prayer and fasting is “Spiritual Transformation,” and in my three devotions, we will be looking at the Apostle Paul, formerly, known as Saul. One of the greatest examples of a life that has been transformed by Jesus is Saul of Tarsus. Saul was a young man trained by the great Rabbi Gamaliel to be a Pharisee. Pharisees were a religious sect in Israel that sought to show their love and devotion to God by strictly living by all the Old Testament Law of Moses’ rules and regulations. Keeping the rules was the only way Saul believed you could be made right with God. Saul began to hear about this new group, which ironically was called the “Way.” That was the name that people called the first followers of Jesus. To Saul’s ears, this was heresy!

This group needed to be wiped out, put in prison, even killed and that is exactly what Saul set out to do. So as Saul sets out on what he believed was a holy mission, this great light knocks him off his “high” horse; he hears a voice say, “Why are you persecuting me?” and when Saul asks, “Who are you, Lord? “The voice reveals to him, “I am Jesus, the one you are persecuting.” It was not until Saul was humbled that he realized that the God he thought he was serving; he was actually attacking! That the way to God was not something you do but rather what someone has done for you. That someone is Jesus, God the Son; He is the Way, the Truth, and the Life. It was the precious blood of Jesus that brought freedom from sin; not trying to keep religious do’s and don’ts, but it was Jesus’ sacrifice that brought the ability to have a relationship with God.

Humility is the true first step to spiritual transformation. To be humble is to realize you can’t do life on your own but rather know that we need God. It’s the prideful person that God resists but to the humble, He gives grace. We all need to be knocked off our “high” horse from time to time. Just like when Saul was, he then was able to hear the voice of the God he longed to serve guiding him. Let us practice humility, remembering our daily need of His presence, and we too will hear the voice of our Savior guiding us as well.

Prayer: Heavenly Father, as I humble myself, I realize I need You more than the air I breathe. I know there was nothing I could do to remove my sin. It is only by the precious blood of Jesus and His sacrifice on the cross and resurrection from the dead that I have been made new and become one of Your children. As I start this New Year, I will be purposeful about humbly looking to You for my daily strength. In Jesus’ name, Amen.